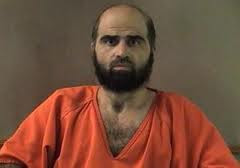 
The FBI was too concerned about political correctness and did not launch an investigation into a man who was later charged with killing 13 people in a 2009 attack at the Fort Hood military installation in Texas, despite significant warning signs that he was an Islamic extremist bent on killing civilians, according to a lawmaker briefed on a new report about the terrorist attack.
In emails to a known terrorist, Army Maj. Nidal Hasan expressed his support for suicide bombings and killing civilians, while the terrorist, Anwar al-Awlaki, encouraged Hasan to stay in touch, Republican Rep. Michael McCaul, told The Associated Press on Wednesday after he was briefed on the findings of a new review of the attack.

The review was done by former FBI Director William Webster and was more than two years in the making. FBI Director Robert Mueller asked that Webster conduct an independent review, and the bureau is expected to release an unclassified version this week.

Much was already known about the series of oversights and missteps the government made leading to the terror attack at the Fort Hood Army post. Soon after the attack, it was revealed that members of two FBI anti-terrorism task forces saw emails between the Army psychiatrist and al-Awlaki beginning in December 2008. Those task forces reviewed the communications and decided they were in keeping with Hasan’s research at the time, and as a result, no formal investigation of Hasan was opened. Hasan was writing a research paper about the effects of combat in Iraq and Afghanistan.