International AIDS Conference held in US for 1st time in 22 years. Obama skips it for fundraiser... 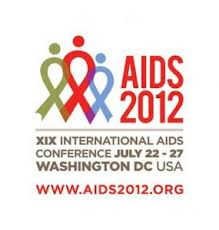 Do you remember when we had a President who really cared about aids? On the other hand, AIDS activists have been heckling Obama.

For all the dignitaries on the schedule at the International AIDS Conference this week in Washington, including Secretary of State Hillary Clinton, Microsoft Corp. co-founder Bill Gatesand former President Bill Clinton, it’s the absence of one that has activists talking.

With the conference being held in the U.S. for the first time in 22 years, President Barack Obama is out of town campaigning and raising money for his re-election. His only presence is a 50-second cameo in a three-minute video welcoming delegates. Republican candidate Mitt Romney’s only appearance is in a video message to a meeting on the sidelines of the conference on the role of the faith community.

“It’s a huge missed opportunity,” said Matthew Kavanagh, head of policy for Health GAP, an advocacy organization on AIDS. “The people who are touched by HIV in this country and who care about HIV are potential core constituents for the president.”

Adding to the ire of activists is Obama’s proposed 2013 budget, which would cut funding for the President’s Emergency Plan for AIDS Relief, an initiative started by President George W. Bush, by seven percent compared with 2010 levels.