In wake of Aurora shooting, only 34% think stricter gun control would help... 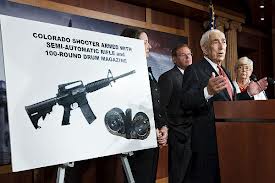 
After the tragic shooting in Colorado that killed at least 12 people and injured at least 58 more last Thursday, 41 percent of Americans said stricter gun control laws would have no impact on violent crime.