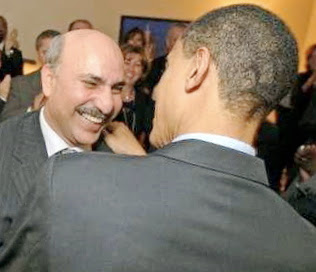 Tony Rezko and Barack Obama
This story from Buzzfeed is to good to check.


A top Romney adviser briefed BuzzFeed on Tuesday of the campaign's plans for a counterattack — including dredging up the president's drug use and his ties to convicted Chicago businessman Tony Rezko.

"I mean, this is a guy who admitted to cocaine use, had a sweetheart deal with his house in Chicago, and was associated and worked with Rod Blagojevich to get Valerie Jarrett appointed to the Senate," the adviser said. "The bottom line is there'll be counterattacks.