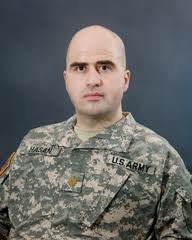 
No government officials should be penalized for their inaction while they watched an online al-Qaida organizer persuade U.S. Army Maj. Nidal Malik Hasan to murder twelve of his fellow soldiers at Foot Hood in 2009, says the final report of an independent panel.

“Although we are critical of certain actions and omissions, we do not regard any of those actions to be misconduct that would warrant administrative or disciplinary action,” said the third-last paragraph on the 150-page report, titled “Final Report of the William H. Webster Commission.”
The report was overseen by William Webster, who headed the FBI from 1978 to 1987.

The report was distributed July 20 with the announcement that Republican Rep. Frank Wolfe will hold a August 1 committee hearing on the report. The witness will include an FBI official, Mark Giuliano, who is the executive assistant director of the FBI’s National Security Branch.
The report says Hasan yelled the Islamic war-cry — “Allahu akbar!” which means “Allah is supreme” — as he shot his fellow Americans in Fort Hood.

On his business card, Hasan described himself as a “soldier of Allah,” who is the Muslim god.
In place of Islamic texts, the report blames Hasan’s self-described religious motivation on a non-religious psychological process of “violent radicalization.”

The man was a Muslim terrorist who infiltrated the military and became more radical and went on a rampage that left many dead and many more wounded.

Why hasn't justice been served?

A HUGE waste of tax dollars.

A 150 page report when you could have had a one paragraph conclusion as to why this terrorist did what he did.

It is my opinion that it is FUTILE to try and figure out "why" someone does something.

It is also my opinion that people would be less likely to commit these type of crimes IF the justice was swift and HARSH.