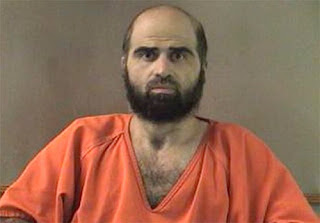 Where do you go to volunteer to help?


(ABC News) — An Army psychiatrist charged with killing 13 people in a shooting rampage at Fort Hood will be forcibly shaved if he doesn’t remove his beard himself, a judge said Wednesday.

Maj. Nidal Hasan appeared in court Wednesday sporting a beard as he did during a court appearance last month. The beard violates Army regulations, but Hasan said it is an expression of his Muslim faith.

The judge, Col. Gregory Gross, held Hasan in contempt of court for keeping the beard and fined him $1,000. Fort Hood spokesman Chris Haug said Gross gave Hasan the choice to shave on his own or be forcibly shaved sometime before his court-martial begins Aug. 20. . . .