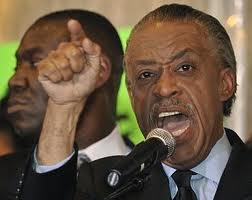 
MSNBC is pushing back against Fox News host Sean Hannity, who last night accused MSNBC host the Rev. Al Sharpton of “rushing to judgment” in the case of George Zimmerman, the neighborhood watchman who shot and killed Trayvon Martin.

“MSNBC would like to set the record straight following some misinformation presented by Fox News during the interview with George Zimmerman last night,” MSNBC wrote in a statement sent to POLITICO. “Reverend Al Sharpton never ‘rushed to judgment,’ as stated by Mr. Hannity. Reverend Sharpton repeatedly called for calm and for a more thorough investigation in the wake of the tragic events. Ultimately, the authorities agreed an arrest was warranted.”