Stupid: Obama going to Ohio to campaign; landing at Air Force Base he plans to close... 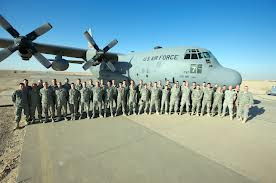 Over 800 jobs will be lost in Ohio when the base closes. You just can't fix stupid...


Air Force One will touch down in a swirl of defense controversy in Mansfield, Ohio, Wednesday as President Obama makes a third campaign trip in four weeks to the battleground state.

“If President Obama has his way, his Air Force One arrival would be one of the final flights into Mansfield-Lahm Airport,” claims Sen. Rob Portman, who is often a surrogate campaigner in Ohio for Republican presidential candidate Mitt Romney.

The Mansfield News Journal has run a series of stories and editorials expressing local worries that the air mission of the 179th Airlift Wing of the Ohio Air National Guard will end if proposed Pentagon budget cuts close it down. The local paper quotes Vice Commander Col. Michael Howard as saying he will park the wing’s C-27J aircraft on the tarmac in full view of Air Force One to make a point to the visiting president. The 179th has four of the planes, two currently deployed in Afghanistan.