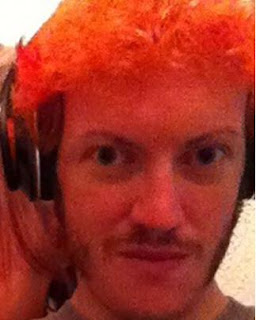 They should put him in with the general population.


EXCLUSIVE: Remorseless mass-murder suspect James Holmes was locked up alone Saturday over fears that the self-proclaimed Joker would become a target for other inmates.

The man accused in the Colorado movie theater massacre was still behaving erratically on the day after his rampage at a midnight screening of “The Dark Night Rises” — the last film in the Batman trilogy.

“Let’s just say he hasn’t shown any remorse,” a jail employee told the Daily News. “He thinks he’s acting in a movie.”

“All the inmates were talking about killing him,” Wayne Medley, 24, said as he left the facility. “Everyone was looking for an opportunity. It’s all they could talk about.” Keep on reading...

Obama was seen praying to Allah thanking him it wasn’t a Fast and Furious guns involved in the Jokers murders for a change. He sure glad he has only gotten border agents and 300 poor Mexicans killed so far. He did have his MSM boys trying to blame the tea party. Teabagging Anderson hasn’t spoken yet because he knows his network isn’t long for the air waves at least.,

Even though Fast and Furious Eric Holder hasn’t read it
If you’re an American , not Jihadi or Hamas he’ll discredit it