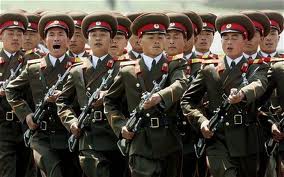 (Reuters) - Impoverished North Korea is gearing up to experiment with agricultural and economic reforms after young leader Kim Jong-un and his powerful uncle purged the country's top general for opposing change, a source with ties to both Pyongyang and Beijing said.

The source added that the cabinet had created a special bureau to take control of the decaying economy from the military, one of the world's largest, which under Kim's father was given pride of place in running the country.

The downfall of Vice Marshal Ri Yong-ho and his allies gives the untested new leader and his uncle Jang Song-thaek, who married into the Kim family dynasty and is widely seen as the real power behind the throne, the mandate to try to save the battered economy and prevent the secretive regime's collapse. [...]
"Ri Yong-ho was the most ardent supporter of Kim Jong-il's 'military first' policy," the source told Reuters, referring to Kim Jong-un's late father who plunged the North deeper into isolation over its nuclear ambitions, abject poverty and political repression.