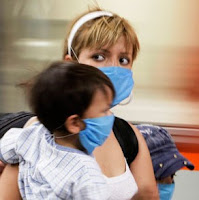 The CDC reported today that almost 4000 Americans have died from swine flu (H1N1) since April.

The starling thing about these deaths is 90% have been in people under the age of 65. This statistic is reverse what is normally seen for the seasonal flu.

The swine flu went around in the 70's. Most older adults have already had exposure to it and built up antibodies. The majority of kids/teens get over it just fine so this still isn't the killer plague that the government is hyping. It's the ones that have other conditions and weakened immune systems who get in trouble. Unfortunately, kids are generally less healthy nowadays and parents can't usually tell anything about the strength of their child's immune system to make a good call on whether to get vaccinated or not.