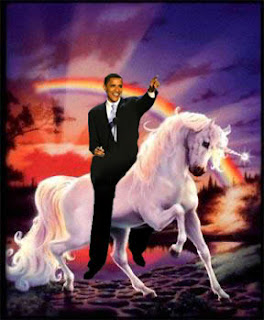 The Obama administration is having such a hard time justifying the Stimulus, they have resorted to counting “lives touched” in some documents. Counting unicorns and rainbows is coming soon.

While DOE reports that it created 10,018 jobs through May of this year, the department has also used a more unorthodox methodology to inflate job creation in some of its reports, a methodology the GAO says may mislead the public. For example, using the method GAO was critical of, the agency reports roughly 20,000 jobs created through May of this year, counting the number of “lives touched” in some documents.