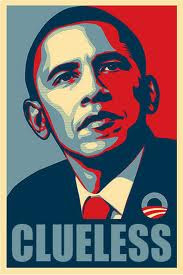 Someone needs to give President Obama a program so he can keep track of what is happening. He is now blaming Congress for the poor performance of the job market. He seems to have forgotten Democrats are in control of both houses of Congress by large margins. The misunderstanding is understandable. He must be thinking about what will occur after the November elections.

No questions allowed because the president didn't want to explain why despite the administration's announced Recovery Summer Program, the jobs numbers have started going backward again after 19 months of promises and $787 billion in alleged stimulation spending. Because, faced with the uncertainty of the economy and the certainty of new taxes after Nov. 2, employers are holding back on hiring.

According to the president, he's been "adamant" with Congress for months now about a new jobs bill to help small businesses. Obama says this really good bill is stalled in the Senate, where so much administration legislation has been crammed through so effectively by Majority Leader Harry Reid.