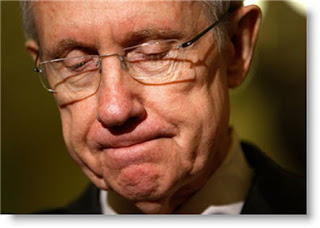 It's about time the NRA came to their senses and quit endorsing Democrats who really don't support the second amendment. Previously, the NRA has donated to Senate Majority Leader Harry Reid.

The NRA’s political action committee donated $2,500 to Reid last September and $1,500 in March, according to federal campaign finance records.

Here is a list of 43 anti-gun votes by Harry Reid. Why the NRA would consider supporting Reid is beyond comprehension. Many claim it was because of the carveout the NRA received in exchange for their support for the DISCLOSE ACT deal. The straw that appears to have broken the camel's back was Harry Reid's votes for Obama's liberal anti-gun SCOTUS nominees Sonia Sotomayor and Elena Kegan.

The vote on Elena Kagan’s confirmation to the Court, along with the previous year’s confirmation vote on Sonia Sotomayor, are critical for the future of the Second Amendment. After careful consideration, the NRA-PVF announced today that it will not be endorsing Senate Majority Leader Harry Reid for re-election in the 2010 U.S. Senate race in Nevada.