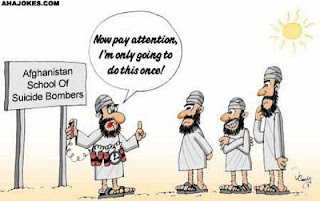 Last week was terrorist 'blow yourself up' week.

Four Taliban militants were killed as their explosive device went off prematurely in militants hub Helmand province in south Afghanistan on Tuesday, Afghan Defense Ministry said in a statement on Wednesday.

“Four enemies of Afghanistan were killed while planting a mine to target innocent Afghans in Nad Ali district of Helmand but their device exploded prematurely killing all on the spot,”the statement added.

In a similar incident four militants lost their lives when a mine they were planting on a road in the northern Balkh province on Saturday exploded prematurely.