Democrats claim outrage when they are accused of being closet socialists. However, the evidence against Rep. Mary Jo Kilroy (D-OH) seems solid.

According to the D.S.A.’s newsletter – the Democratic Left, November/December 1992, page 9, the socialists did have one success in 1991. They elected D.S.A. member Mary Jo Kilroy to the local school board. 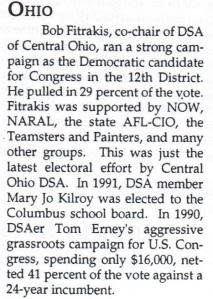 Let's not forget our Socialist-in-Chief was once a member of the socialist 'New Party' in Chicago. 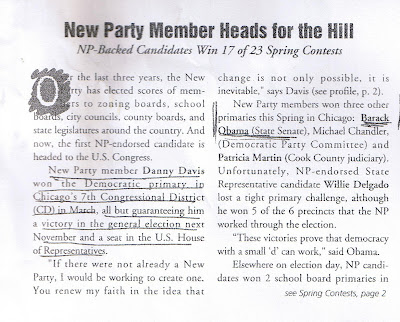