President Obama has unleashed a GZM Nightmare on Democrats 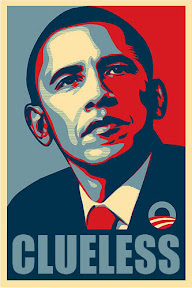 President Obama is guilty of an unforced error in his public support for building a Mosque at Ground Zero. He wasn't cornered by a hostile reporter. Instead, he volunteered the comment at a Ramadan event while reading prepared remarks from his teleprompter. This rocketed the issue to the forefront of the mainstream media and has forced Democrats to take a stance on an issue they were avoiding like the plague. Voter attention has dramatically picked up as news about the Mosque went mainstream. The GZM has become a hot button issue in elections across the country.

A new Rasmussen Reports national telephone survey finds that 85% of U.S. voters say they are now following news stories about the mosque planned near Ground Zero. That’s a 34-point jump from a month ago...

Opposition to the Mosque is also increasing as voters learn more.

Now 62% oppose the building of a mosque near where the World Trade Center stood in Lower Manhattan, compared to 54% in the previous survey.

Thanks, President Obama!
Posted by Bluegrass Pundit at 6:55:00 PM

This debacle will seal the fate of another dozen Democratic Congressmen this November.