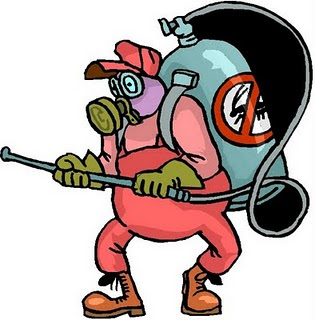 Bedbugs were almost unheard of in the US for decades. In 1996, EPA banned a bunch of very effective chemicals and now New York City is infested.

The debate isn’t over long-banned DDT, since modern bed bugs have developed a tolerance for that chemical. But in the pre-1996 regime, experts say, bed bugs were “collateral damage” from broader and more aggressive use of now-banned pesticides like Malathion and Propoxur.

Now some health officials are clamoring to bring those chemicals back to help solve the bed bug “emergency.” Meanwhile, EPA bureaucrats have downplayed the idea and environmentalists are pushing hard against the effort, citing safety concerns.

The issue has led to a standoff between Ohio Gov. Ted Strickland, a Democrat, and EPA chief Lisa Jackson, who shot down Strickland’s appeals over the issue in a tersely worded letter in June. Read more here.

Even DDT got a bad rap. It prevented a lot of disease in third world countries.

Malathion will kill them and you can buy it at your hardware store. It has been banned for inside use by the EPA, but you can still get it for outside use and do with it as you wish.

While bed bugs do not transmit any pathogens or diseases, their bites usually result in swollen red, itchy welts.