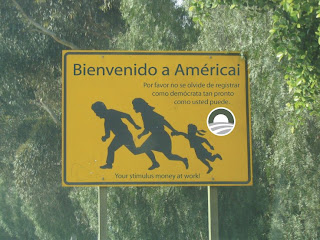 An Obama administration memo suggesting ways to change the rules to give as many illegal immigrants amnesty as possible was leaked in late July. Now, we find out the DHS is dismissing thousands of pending illegal immigrant cases instead of pressing for deportation. President Obama has no respect for the law.

The Department of Homeland Security is systematically reviewing thousands of pending immigration cases and moving to dismiss those filed against suspected illegal immigrants who have no serious criminal records, according to several sources familiar with the efforts.

Culling the immigration court system dockets of noncriminals started in earnest in Houston about a month ago and has stunned local immigration attorneys, who have reported coming to court anticipating clients’ deportations only to learn that the government was dismissing their cases.

The audacity of Obama is stunning.