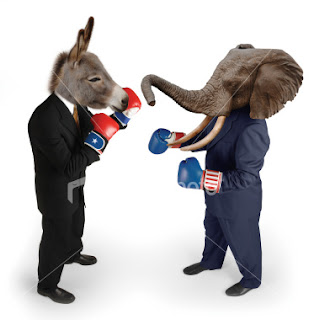 The latest FiveThirtyEight forecasting model has Democrats losing 66.5 seats in the Senate this fall.

On average, over the model’s 100,000 simulation runs, the Democrats are projected to lose a net of six and a half Senate seats, which would leave them with 52 or 53 senators.

The model also predicts there is a 20% chance of Democrats losing control of the Senate to Republicans.

The Democratic majority is in increasing jeopardy in the Senate, according to the latest FiveThirtyEight forecasting model. The Democrats now have an approximately 20 percent chance of losing 10 or more seats in the Senate...

Nate Silver is an American statistician whose work first appeared on Daily Kos. That should tell you his political affiliation. However, he has a good record of accuracy.
Posted by Bluegrass Pundit at 9:01:00 PM