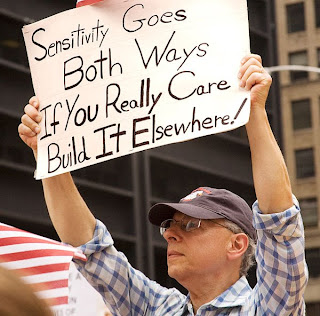 New York State Assembly Speaker Sheldon Silver has broke his silence and come out in favor of moving the Ground Zero mosque to a new location.

A powerful state politician joined with Gov. David Paterson on Tuesday in suggesting that Islamic leaders should move a proposed Islamic center and mosque farther from ground zero, saying the organizers should be more sensitive to opponents.

The Cordoba Initiative has the right to build the center at a building two blocks from Ground Zero but should be open to compromise, said New York Assembly Speaker Sheldon Silver, who represents the lower Manhattan district.

This is a case of the right decision, but for the wrong reason. Sheldon Silver wants to win:

I think this is a matter of "if you can't beat 'em, join 'em." It's the type of ploy that Democrats use all the time, they say one thing to the electorate but do things differently once elected. They portray themselves as conservative but vote liberal.

This is one of those 70-30 issues smart democrats will get on the right side of.