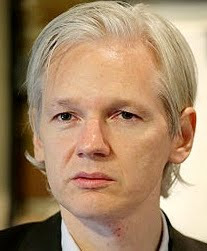 An arrest warrant has been issued in Sweden for Wikileaks founder Julian Assange. He has been accused of rape and sexual harassment by two women in Sweden.

The Swedish Prosecution Authority released a statement on Saturday morning in which it revealed that the warrant was based on “one report of rape and one report of harassment. A warrant has been put out for the person's arrest since there is a risk that he could hamper the investigation.”

Assange denies the allegations and blames them on the right-wing. He is still reportedly in Sweden.

Hat tip The Jawa Report.
Posted by Bluegrass Pundit at 9:56:00 AM