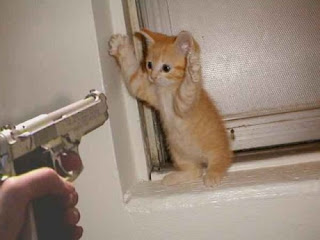 Congress has been robbing Americans for generations. Now, a man has turned the tables and robbed a Congressional candidate in Miami.

A man in a white sleeveless shirt stepped out of the passenger's seat and walked toward the driver's side of Bastien's car. He pulled out a black, semiautomatic handgun and... Read more here.