Paul Krugman doubles down on crazy 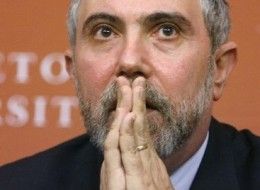 The moonbat runs deep in this one.


(NY Times) — It looks as if I should say a bit more about yesterday’s anniversary. So:
The fact is that the two years or so after 9/11 were a terrible time in America — a time of political exploitation and intimidation, culminating in the deliberate misleading of the nation into the invasion of Iraq. It’s probably worth pointing out that I’m not saying anything now that I wasn’t saying in real time back then, when Bush had a sky-high approval rating and any criticism was denounced as treason. And there’s nothing I’ve done in my life of which I’m more proud.

It was a time when tough talk was confused with real heroism, when people who made speeches, then feathered their own political or financial nests, were exalted along with — and sometimes above — those who put their lives on the line, both on the evil day and after.

So it was a shameful episode in our nation’s history — and it’s one that I can’t help thinking about whenever we talk about 9/11 itself.