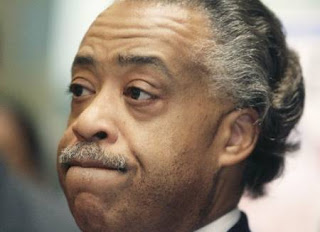 Everyone should be grateful for something on Thanksgiving. That something is Occupy Wall Street for Rev. and MSNBC host Al 'Resist We Much' Sharpton. Apparently, Al Sharpton can't be grateful for blueberry pie because Republicans are eating it all.


(Daily Caller)- Thanksgiving can mean different things to different people depending on their point of view, whether it is William Jennings Bryan suggesting it’s an acknowledgement of dependence, or Rush Limbaugh suggesting it is a lesson of self-reliance and a rejection of collectivism.

But MSNBC host Al Sharpton had something else in mind for his reflections on this holiday. On his Wednesday radio program, Sharpton gave thanks for the Occupy Wall Street movement.

“Last year we had just come out of the midterm elections where the Republicans gained 61 seats and we were under siege by the tea party,” Sharpton said. “This year, Occupy Wall Street, whatever its shortcomings, it changed the conversation to where we are now talking about economic inequality — 1 percent versus 99. I am grateful for that.”