Consequences: Unemployment in Alabama drops a half a percent one month after controversial immigration law passes 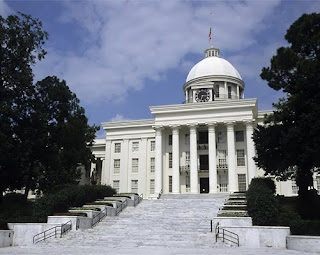 Many have claimed illegal immigrants are taking jobs from American citizens. Alabama passed a tough new immigration enforcement law. We might expect to see a drop in the unemployment rate if illegal immigrants left the state to avoid the controversial and tough new immigration law. That may be what has happened in Alabama. Of course, there are other factors affecting unemployment.


(USA Today)- Nevada had the nation's highest unemployment rate for the 17th straight month. It was unchanged at 13.4%. California had the second-highest rate at 11.7%. Mississippi and Michigan had the next highest rates, both at 10.6%.

North Dakota reported the nation's lowest unemployment rate, at 3.5%. It was followed by Nebraska, at 4.2%.

Unemployment rates in Alabama, Michigan and Minnesota all dropped by a half of a percentage point — the biggest declines among states.