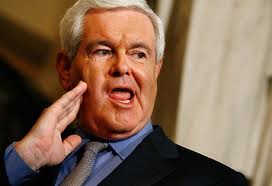 
(The Hill) — Newt Gingrich is tied with President Obama among registered voters, according to a new national poll.

The McClatchy-Marist poll found that Obama is virtually even in a hypothetical match-up with the former House Speaker among registered voters. Obama polled at 47 percent and Gingrich at 45 percent.

Broken down by party affiliation, Gingrich is ahead among independents 47 percent to 41 percent. The poll also found that Democrats, unsurprisingly, back Obama by a wide margin (88 percent support the president) while Republicans support Gingrich by nearly the same amount (84 percent).

By comparison, in a head-to-head matchup with Mitt Romney, Obama leads the former Massachusetts governor 48 percent to 44 percent, a slim but slightly better advantage for Obama.