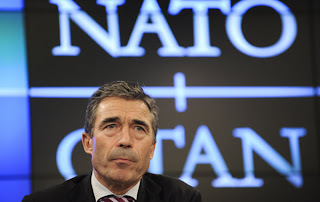 And the European's medical system is better than ours in what way?


(POLITIKAN)- NATO’s Secretary General Anders Fogh Rasmussen was admitted to Denmark’s national university hospital Rigshospitalet this week for an arm fracture operation, but his admission caused the hospital to relegate an incurable cancer patient from her single-bed ward to an office.


Susanne Larsen, 44, who is suffering from incurable bone marrow cancer and has had to have implants to help her manage a collapsed back, was being treated in a single-bed ward - until NATO’s Secretary-General arrived for treatment for a fractured arm, according to Ekstra Bladet.

Fogh Rasmussen fractured his arm last week after falling off his bicycle during a bicycle ride in Brussels.

To accommodate NATO’s Secretary-General, hospital staff removed Larsen to a windowless office without an emergency alarm. Staff told her that if she needed attention she should bang on a teacup with a spoon.