Another crack appears in the global warming wall 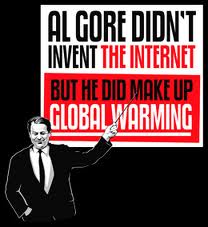 British PM David Cameron's green guru is having doubts about climate change. Hopefully, they won't burn him at the stake for heresy. If you haven't been keeping up with the revelations in the Climategate 2 emails, WUWT is a good place to start.

Steve Hilton, the Prime Minister’s director of strategy and ‘green guru’, is the latest person to admit to doubts about climate change.

‘I’m not sure I believe in it,’ he announced at a meeting of the Energy Department, prompting one aide to blurt out: ‘Did I just hear that correctly?’

According to one witness, Hilton, 41, the man who coined the slogan ‘Vote Blue and Go Green’ and changed the Tory symbol from a Stalinist style torch to an eco friendly tree, said: ‘Climate change arguments are highly complex.

‘My focus has always been more on using green issues to improve the quality of life.’

Hilton famously persuaded David Cameron to go to the Arctic with a pack of huskies to prove that he was determined to combat global warming in his early days as Tory leader.