GM was hoping the Chevy Volt would catch on fire, but this isn't what they meant 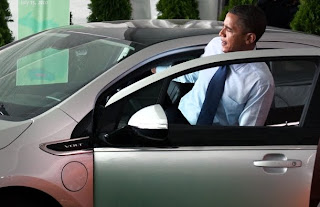 A formal investigation into Volt fires is being opened by the National Highway Traffic Safety Administration.

The National Highway Traffic Safety Administration said on Friday it was taking the step after efforts to recreate a May crash test saw fires result from two out of three crash tests performed this month.

"While it is too soon to tell whether the investigation will lead to a recall of any vehicles or parts, if NHTSA identifies an unreasonable risk to safety, the agency will take immediate action to notify consumers and ensure that GM communicates with current vehicle owners," the agency said.

Earlier this month, NHTSA disclosed that it was probing the safety of batteries used to power electric vehicles after fire broke out in a Volt battery pack three weeks after a side-impact crash test.