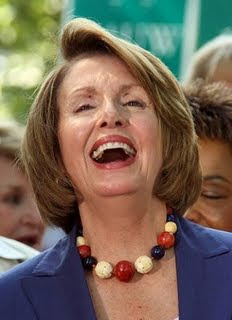 It looks like Nancy Pelosi and Democrats are "all in" on Occupy Wall Street. Good luck to them with that.


For weeks now, Republicans have attacked Democrats for voicing support for the Occupy Wall Street protesters, in particular faulting the DCCC for standing up for them. And the incidents of violence and excess have led some neutral commentators to predict that Dems will pay a political price if they align themselves with the movement.

So it’s interesting to see that the DCCC is sticking by Occupy Wall Street. Indeed, the DCCC is now raising money off that recent report of a GOP-connected corporate lobbying firm’s proposed smear campaign against the movement. Nancy Pelosi has authored a DCCC fundraising email that presents this as proof that Republicans are on the side of Wall Street and against Dems and the protesters