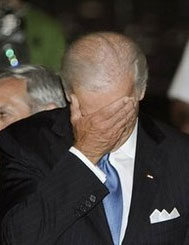 The irony meter exploded on this one.

(It was only two months ago that State Department officials briefed reporters on transparency efforts but refused to have their names be printed; and in March, the White House postponed a pooled-press ceremony for President Obama to get an openness award -- it was later rescheduled and carried out in an undisclosed meeting.)