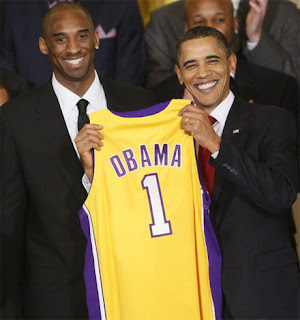 NBA players must be hoping for a bailout after they go bankrupt because of greed and an overly aggressive union..

(Politico) — It’s still possible to see NBA All Stars in action this year — if you’re willing to cough up cash for the Obama Victory Fund.

With extra time on their hands because of pro basketball’s lockout, super hoopsters Kevin Durant, Chris Bosh, Dwight Howard and Blake Griffin are among a few dozen current and former NBA players who have committed to hit the hardwood for the first “Obama Classic” on Dec. 12, according to an Obama campaign Web page set up for the event.

“Athletes who support President Obama . . . will play actual games at the event in Washington, D.C.,” Michael Blake, deputy director of the Obama campaign’s “Operation Vote,” wrote in an e-mail to prospective donors that was obtained by POLITICO.

The NBA has canceled all of its games through mid-December because of the acrimonious work-stoppage, which began on July 1. Players union president Derek Fisher is listed among the athletes who will play at the Obama fundraiser.