Arrest may be coming in Chandra Levy slaying 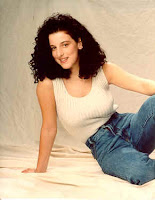 The Chandra Levi murder was big news in 2001. She was allegedly having an affair with California Democratic Congressman Gary Condit. This bad publicity ended Congressman Condit's political career. He was never charged and settle a defamation lawsuit against several tabloids. Hopefully, the truth will soon be known about who slayed this young woman. The Lexington Herald-Leader is reporting an arrest may be near.

WASHINGTON -- An arrest may be near in the nearly decade-old slaying of federal intern Chandra Levy, whose disappearance in 2001 ended Gary Condit's congressional career, several television stations reported.

The California Democrat was romantically linked to Levy, but was not considered a suspect in her death or disappearance. Television stations, KFSN and KCRA in California and WRC in Washington, D.C., reported that police were seeking an arrest warrant.

Levy's parents said Friday outside their Modesto, Calif., home that police called them and told them an arrest was near.

"Your child is dead and gone and it's painful, but we're glad that the police and people are doing something, and investigating, and making a difference so somebody's not on the street to do it again," Chandra's mother, Susan Levy, told KGO-TV in San Francisco.

The parents did not say when an arrest warrant might be issued.

The 24-year-old Levy disappeared in May 2001 and at the time, she was wearing jogging clothes when she left her apartment. Her remains were found in Rock Creek Park in Washington about a year later.

Authorities questioned the married Condit in her disappearance. He reportedly told police that he and Levy were having an affair, and while he was not considered a suspect, the negative publicity was cited as the main cause of the Condit's re-election defeat in 2002. (excerpted) read more at Kentucky.com

Email ThisBlogThis!Share to TwitterShare to FacebookShare to Pinterest
Labels: crime and punishment