The chorus for Burris resignation grows 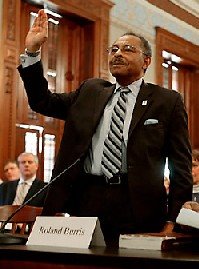 There is a growing chorus for Illinois Senator Burris's resignation. Even black pastors from Chicago are abandoning him now.

CHICAGO (AP) - A Chicago minister tells The Associated Press he and other black pastors who previously supported U.S. Sen. Roland Burris now plan to ask him to resign. The minister spoke Thursday on condition of anonymity because a meeting with Burris hadn't yet been scheduled. He says the senator can no longer serve effectively.(excerpted) read more at breitbart.com