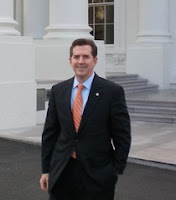 Sen. Jim DeMint announced that he will force a vote next week on a bill that prevents the Federal Communications Commission from reinstating the

The South Carolina Republican's bill, the Broadcaster Freedom Act, is co-sponsored by John Thune, R-S.D., and 27 others and will be offered as an amendment to the D.C. Voting Rights bill.

President Barack Obama is opposed to any move to bring back the Fairness Doctrine, spokesman Ben LaBolt said Wednesday.

But as Sen. DeMint notes in a statement, some Democrats in Congress have indicated that they would support a reinstatement.

Back in June, House Speaker Nancy Pelosi was asked by John Gizzi of Human Events if she personally supported the revival of the Fairness Doctrine, and she declared: "Yes." (exceprted) read more at newsmax.com