The joys of socialized medicine 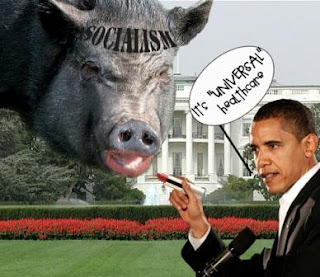 A doctor threw a baby and left an elderly patient to die in a hallway of an Australian hospital. A nurse, also, reported falsifying records to hide lengthy waiting times in the emergency department. Triage cases were also downgraded because of staffing. These aren't the only problems reported with Australia's universal health care system. Hospitals have long waiting lists. Babies needing heart surgery sometimes wait for more than six months. These things are common in countries with universal socialized medicine. Do we really want that here?

AN ANGRY doctor allegedly threw a baby and twisted its arm and an elderly patient was left to die in a hall way at Bundaberg Hospital, staff claim.

A highly qualified nurse who spoke to The Courier-Mail told how she was repeatedly made to falsify records to hide lengthy waiting times in the emergency department.

She said triage cases were improperly and dangerously downgraded because of understaffing. (excerpted) read more at news.com.au