Gun ownership rights are under 'stealth' attack. Hide your guns. 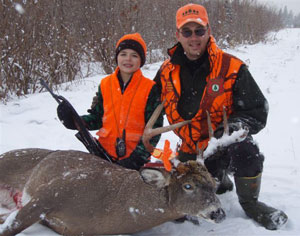 Gun ownership rights are under 'stealth' attack. While Congress and the public have been obsessed with the 'Spendulus Bill', three things have occurred that should make every gun owner fearful. The items are H.R. 45 introduction, confirmation of Eric Holder as Attorney General and the government medical records data base that is mandated in the stimulus bill. Let me explain.

First, H.R. 45 was filed in the House of Representatives by Rep Rush, Bobby L.[IL] on January 6, 2009. This bill will impose severe restrictions for licensing on gun ownership. This anti gun bill requires that all new guns be licensed. The bill goes retroactive after two years. What this means is that two years after the passage of this bill, all firearms in your possession must be registered. This will not just apply to new gun purchases.

Second, Eric holder was confirmed as Attorney General. Eric Holder has a very anti gun record. He supported the District of Columbia’s handgun ban and has argued the second amendment to the Constitution does not protect an individual's right to firearm ownership. Also, Eric Holder has supported national handgun licensing and mandatory trigger locks.

Third, sections 13101 through 13434 of HR 1 will set up the infrastructure to computerize the medical records of all Americans in a government-coordinated database. This database will contain all records of medical and psychiatric treatment. This will include what drugs you have been prescribed. Why is this worrisome? Under the NICS Improvement Act, 150,000 veterans have already been unfairly stripped of their gun rights by the government. These rights were removed without a court hearing. Now, we will all be susceptible to this tactic.
Posted by Bluegrass Pundit at 7:57:00 AM

Obama said he didn't want to take away our guns. His actions so far do not hold that statement to be true.

Have you seen this article?

I thought Burris said that nothing like this happened?

And also, what happened to Obama's pledge that he would give us five days to look at a bill that was on his desk, before he signed it?

The spending bill was passed late on Friday, and it has been reported that Obama will sign this bill on Tuesday.

He sure does seem to be breaking a bunch of his promises to the American people.

I guess that "integrity and transparency" thing was "Just words".

Have you seen this article?"

This is the third story he has told about how he got the nomination. He has no credibility and should be investigated.

Canada tried this. Spent billions and it was a complete failure.

THIS IS THE COMMITTEE THAT IS REVIEWING LEGISLATION LIKE THE BLAIR HOLT ACT. PLEASE WRITE CALL CONTACT THESE PEOPLE AND LET THEM KNOW WE WILL VOTE THEM OUT OF OFFICE IF THEY ENACT ANY MORE LAWS LIMITING GUN OWNERS RIGHTS!!


Information on
House Subcommittee on Crime, Terrorism, and Homeland Security