Will stimulus bill compromise lower tax rebate to $8 per week? 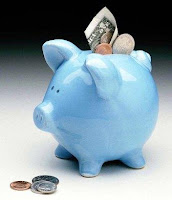 Will the stimulus bill compromise lower your tax rebate to $8 per week? That appears to be true. The final version has not been passed, but reports indicate the $500 per year in reduced tax withholding has been reduced to $400 per individual and $800 per couple. That only comes to $8 per week for an individual and $16 for a couple. If they start the payments in June and make it retroactive to the beginning of the year, you will get $13 per week until next January. Then, your rebate would drop to the $8 per week level. Are you felling stimulated yet? In a stimulus bill of almost $1 trillion dollars, you would think President Obama would have more for the working class. Since the final bill has not passed, this number could change. We don't know what is in the bill because the democrats broke their promise to post it online 48 hours in advance.

WASHINGTON, Feb 11 (Reuters) - Congressional negotiators working on a U.S. economic stimulus plan have scaled back some of the tax provisions, including a credit for workers championed by President Barack Obama, congressional sources said on Wednesday.

In an effort to reach a final deal on a package that could cost in the range of $789 billion to $800 billion, the sources said the tax credit for workers would now total $400 per individual and $800 per couple, down from a previous $500 and $1,000 respectively. (excerpted) read more at fxstreet.com

is this a joke? I think they should just keep their $13 a week and i'll get a head start on paying this back. obama, you let your people down. (not that i'm one of them)

I'm just dreaming about how I'm going to use that $8 a week. All the things I can do!

Yeah this is pretty insulting.

Hey welcome to the Read My Lipstick Network. I'm going to subscribe to you blog and add you to my blogroll.

I wanted to invite you to check out my blog, Caffeinated Thoughts.

That is change we can believe in. Haven't you had your Kool Aid today?

The government can't give you money. It can stop taking it away from you, but what product does the government make? We pay them to take our money and decide how to give it back to us, and they don't do a very good job of it. Now we are to be grateful that they are taking a bit less because they borrowed it from China on our credit card instead of taking it from us, so now we can go to WalMart and buy all that stuff from China. Which economy are we stimulating?

The next thing we know, they will mandate that we all hire maids to stimulate job creation, only they won't clean our house, they will just make a mess in order to show how necessary they are.

If they want to stimulate the economy, they can get out of the way.

*groan* what a joke this stimulus package has turned out to be. I bet your readership alone could come up with a better solution to our economic problems than this incompetent club has done. Can you imagine how much economic stimulus could be achieved if the government sent each household $10K? Instead they are syphoning off the remaining wealth that exists to move off-shore.

But I can tell you how I will spend my weekly $8. I'll spend it at Cold Stone Ice Cream shops on Berry Berry Berry Good, biggest bowl, of course..;>

BTW, I'm providing my readers with a link to your kewl blog. Thanks for stopping by mine and leaving an intelligent comment - how refreshing!