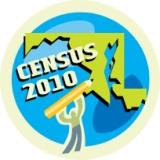 This in not a vote of confidence for Commerce Secretary nominee Sen. Judd Gregg, R-N.H. This appears to be a "cave in" to the democratic Hispanic base. They have had concerns about his nomination. Everyone knows the census data can be manipulated for partisan political reasons. A Republican working for a Democrat would be the perfect nonpartisan person to oversee the 2010 census. Instead, the White House wants to put Chief of Staff Rahm Emanuel in charge. When you consider the shoddy way Republicans were treated over the stimulus bill and this partisan power grab, bipartisan cooperation in Washington is about to hit a new low.


In a move with major political implications for voting, districting and representation in future elections, the Obama administration has demanded oversight of the 2010 U.S. census.

The move has Republicans crying foul, alleging that transferring the power of census-taking from the Commerce Department, which normally oversees the U.S. Census Bureau, to the White House is an attempt to manipulate redistricting of congressional seats.

"This action appears to be motivated by politics, rather than the interests of our country," House Minority Leader John A. Boehner, R-Ohio, said in a statement. "The United States Census should remain independent of politics; it should not be directed by political operatives working out of the White House. (excerpted) read more at worldnetdaily.com

President Obama knew exactly what he was doing when he appointed Gregg. Gregg was appointed solely to get him out of the Senate, period! Nothing more, nothing less!
And, stupid, arrogant man that he is, Gregg bit. Not to worry, events will soon require that Gregg be replaced at Commerce. He will be replaced by someone Emanuel (ACORN) really trusts.

What ends up transpiring....are numbers collected which the Supreme Court will end up viewing and likely stating they can't be validated because of incorrect orders given by the White House.

I think this is the entire tactic. 2011 turns into a dramatic year with the Census thrown out. The Republicans get the blame for challenging this and not counting the Latinos. So the Obama White House was successful in marginalizing the potential Latino vote for the Republicans and likely picking up more house seats.

I think the best tactic left now...is to ask for other agencies to be placed directly under the White House...toss in the Coast Guard, the DEA folks, etc. The Republicans should go all out and say that if this makes perfect sense, then more direct control over other agencies would be wise as well. At some point, the President would be overwhelmed with daily briefings from organizations that he understands nothing about.

Another sad development, but being dissapointed is going to be a way of life under Obama.

Btw, Gregg leaving the senate is not the obvious power play that people make it out to be. Gregg is a moderate Republican at best, RINO at worst - his departure does not mean much.