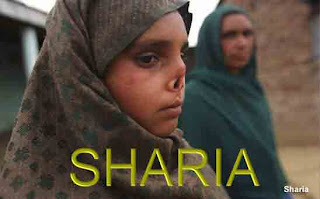 I hope President Obama is not this foolish. I do believe, due to his Islamic roots, he has a more tolerant view of Islamic fanaticism than most Americans. Sharia Law is completely outdated and has no place in a modern society. The Taliban think stoning women to death for minor transgressions is a good thing.

The deal, under which Sharia law will be introduced in the Malakhand and Kohistan districts of Pakistan's North West Frontier Province if Taliban militants end their armed campaign in the Swat Valley, has been met with alarm by Nato chiefs and British and American officials.

Nato fears the deal would create a new "safe haven" for extremists, said a spokesman on Tuesday night, while a statement from Britain's High Commission in Islamabad said: "Previous peace deals have not provided a comprehensive and long-term solution to Swat's problems. We need to be confident that they will end violence, not create space for further violence."

President Barack Obama's special envoy to Pakistan and Afghanistan voiced the greatest concern about the strength of Taliban militants in Swat as he ended his first visit to the region since taking up his post.

"I talked to people from Swat and they were, frankly, quite terrified. Swat has really deeply affected the people of Pakistan, not just in Peshawar but in Lahore and Islamabad," he said, while a Defence Department official described the deal as a "negative development".

On Tuesday night however, US officials in Islamabad privately backed the deal as an attempt to drive a wedge between Swat's Taliban, which is focused on its demand for Sharia law, and the al-Qaeda-linked Taliban led by Baitullah Mehsud, the notorious commander who controls much of North and South Waziristan and other tribal areas along the Afghan border. (excerpted) read more at telegraph.co.uk