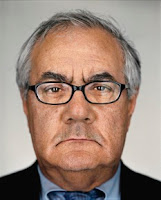 Rep. Barney Frank was very hypocritical when he criticized the Bush administration about the bank bailout. Of course, he was one of the congressmen who pressed for more loans to low income groups that could not afford them. Those loans are one of the reasons for the banking crisis. Now, he is criticizing banks for sponsoring sports teams. He should be criticizing banks for donating more than $230,000 to his campaign over the last two years.

Massachusetts Representative Barney Frank is one of the most powerful politicians in the country, serving as head of the House Financial Services Committee. And lately, he’s been one of the more outspoken critics of banks receiving bailout money paying big bucks for corporate sponsorships, complaining to the NEW YORK TIMES about Citigroup’s 20-year, $400 million stadium naming deal with the Mets that “marketing expenses should be for real marketing, not ego boosts, which is what I think naming rights are.”

It seems Rep. Frank would rather banks stop frittering away money on sports sponsorships and put it where it can go to good use - into his own coiffers. That’s because the securities and investment industry has been Rep. Frank’s main contributor over the past two years, donating more than $230,000 to his campaign. (excerpt) read more at sportsbybrooks.com

I watched Barney Frank on Meet the Press a while back, and felt like he was wasting my time. There were four guests and a moderator and Frank spoke over half the time, looking affronted when anyone else tried to speak, yet not saying anything useful. He can't seem to get beyond petty partisanship, and clearly has no idea how to fix the economy. The more power you are given in Washington, the more privacy you should have to give up. Those who put country first are having a hard time beating those who put bankers first.

JUST THE FACT GOLDMAN SACHS HAS HAD SUCH IMPOSSIBLE SUCCESS AT TRADING IS ALL THE PROOF OUR GOVERNMENT NEEDS TO KNOW TO PROVE MANIPULATION!!!!!!