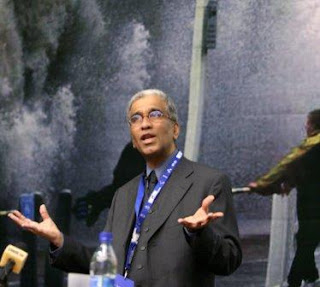 Climatologists advocating anthropogenic global warming caused by CO2 are baffled by the global warming time-out. The is no denying the global temperature rise has paused since the year 2000. This was not predicted by any of their models. The timing of the the admission is especially bad since the United Nations Climate Change Conference will take place in early December. Earlier this week, hacked emails were released indicating major players in the global warming scam were "cooking" the temperature records and suppressing critics.

At least the weather in Copenhagen is likely to be cooperating. The Danish Meteorological Institute predicts that temperatures in December, when the city will host the United Nations Climate Change Conference, will be one degree above the long-term average.

Otherwise, however, not much is happening with global warming at the moment. The Earth's average temperatures have stopped climbing since the beginning of the millennium, and it even looks as though global warming could come to a standstill this year.

East Anglia University, the repositiory for the data that "supported" the UN's global warming dictates and Al Gore's Madolfesque carbon offset trading, "destroyed" the data, because it apparently doesn't support the conclusions. Also it seems they were hacked and a few hundred megs of e-mail and missing data are circulating.

The Emperor is NEKKID!