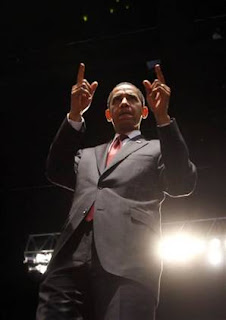 Barack Obama campaigned on the promise he will change the way things work in Washington. We already know he has failed to work with Republicans in a bipartisan fashion and failed to veto legislation with earmarks. President Obama has also failed to appoint ambassadorships to career diplomats. Instead, he has handed out the political goodies to his donors and cronies.

Barack Obama is coming under fire for handing dozens of coveted ambassadorships to donors who raised millions for his presidential campaign.

Remember the old "Who" song, Won't get fooled again?

The last line sums it all up"

"Meet the new boss, same as the old boss."