20,000 poor people in Africa evicted from their land to fight global warming 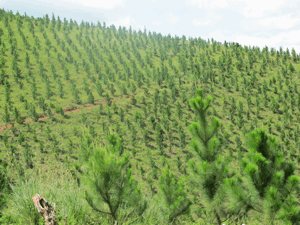 The government and a company wanted to plant trees and sell the carbon credits.


(NYT)- Across Africa, some of the world’s poorest people have been thrown off land to make way for foreign investors, often uprooting local farmers so that food can be grown on a commercial scale and shipped to richer countries overseas.

But in this case, the government and the company said the settlers were illegal and evicted for a good cause: to protect the environment and help fight global warming.

The case twists around an emerging multibillion-dollar market trading carbon-credits under the Kyoto Protocol, which contains mechanisms for outsourcing environmental protection to developing nations.

The company involved, New Forests Company, grows forests in African countries with the purpose of selling credits from the carbon-dioxide its trees soak up to polluters abroad. Its investors include the World Bank, through its private investment arm, and the Hongkong and Shanghai Banking Corporation, HSBC.

I've heard the globalists are useing H.A.A.R.P. tecnology to starve Africe of it's moisture,and kill off the population, and then repopulate Africa with people of their own chooseing! All under conspiracy, so you get my drift!

No one knows nor cares about the real victims of this ongoing atrocity. As the cost of living increases in the West - forcing more of the middle class into poverty, a worse price is paid by those in the 'Developing Nations' - displacement, famine, disease, war and death.
But I guess so long as people are told they're saving the Planet itself....who could possibly care?
TIM