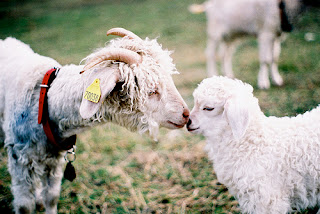 On a White House Blog post Tuesday, President Obama touted regulatory reform as a great accomplishment of his administration this year.


Today, we are announcing that agencies are releasing their final regulatory reform plans, including hundreds of initiatives that will reduce costs, simplify the system, and eliminate redundancy and inconsistency.

As the plans demonstrate, a great deal has been achieved in a short time. Significant burden-reducing rules have been finalized or publicly proposed from the Department of Labor, the Environmental Protection Agency, and the Department of Transportation. These rules are expected to save more than $4 billion over the next five years.

I have no idea how many people these regulations affect, but Team Obama must think abuse of foreign workers herding goats is one of our bigger problems.

These new special procedures issued by the Labor Department must be followed by employers who want to hire temporary agricultural foreign workers to perform sheep herding or goat herding activities.  It describes strict rules for sleeping quarters, lighting, food storage, bathing, laundry, cooking and new rules for the counters where food is prepared.

“A separate sleeping unit shall be provided for each person, except in a family arrangement,” says the rules signed by Jane Oates, assistant secretary for employment and training administration at the Labor Department.

“Such a unit shall include a comfortable bed, cot or bunk, with a clean mattress,” the rules state.

Email ThisBlogThis!Share to TwitterShare to FacebookShare to Pinterest
Labels: regulations