Rasmussen: 51% of voters give Obama poor marks on the economy 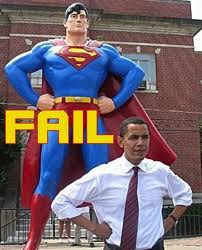 The other 49% must be rich or on public assistance.

(Rasmussen) — The economy remains the top issue on the minds of voters while perceptions of President Obama’s handling of the issue has fallen to a new low.

A new Rasmussen Reports national telephone survey finds that just 29% of Likely U.S. Voters believe the president is doing a good or an excellent job on the economy. That’s down from 30% in each of the last two weeks, down from 36% three weeks ago and the lowest ratings on the economy yet recorded for this president.

Fifty-one percent (51%) give Obama poor marks on the economy. That’s up a point from a week ago and the most pessimistic assessment of his economic performance to date. Platinum Members receive weekly updates on this and other measures of the president’s performance.