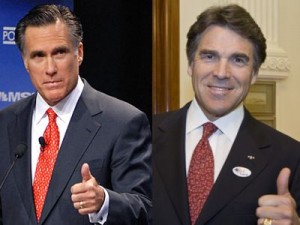 This lead by Perry isn't surprising. Very few Republicans are excited about the possibility of a President Romney. GOP voters can not forgive him for RomneyCare.

The poll, which will be released Wednesday by Public Policy Polling (PPP), is not being detailed in advance, the New York Post reported. But PPP’s Director Tom Jensen confirmed Perry’s double-digit advantage to the Post.

It will be the second poll of Republican primary voters by the Democratically-aligned polling company to show Perry with a lead nationally since the three-term Texas governor entered the contest.