Do you really want to pay huge pension benefits for these losers? This is really shameful. 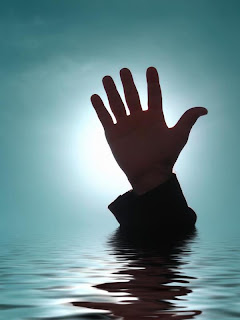 Police and firefighters in San Francisco watch man drown in bay and refuse to rescue or even try to recover the body. They blame budget cuts and lack of cold-water training. A bystander had to wade into the water and retrieve the victims body.


On Memorial Day, a suicidal man waded into San Francisco Bay outside the city of Alameda and stood there for about an hour, neck-deep in chilly water, as about 75 bystanders watched. Local police and firefighters were called to the scene, but they refused to help. After the man drowned, the assembled “first responders” also refused to wade into the water to retrieve his body; they left that job for a bystander.

The incident sparked widespread outrage in northern California, and the response by the fire department and police only intensified the anger. The firefighters blamed local budget cuts for denying them the training and equipment necessary for cold-water rescues. The police said that they didn’t know if the man was dangerous and therefore couldn’t risk the safety of their officers. After a local TV news crew asked him whether he would save a drowning child in the bay, Alameda fire chief Ricci Zombeck gave an answer that made him the butt of local talk-show mockery: “Well, if I was off duty, I would know what I would do, but I think you’re asking me my on-duty response, and I would have to stay within our policies and procedures, because that’s what’s required by our department to do.”

We should never pay benefits to pulic employees. They don't pay my benefits. I do.

They are cowards - every single one of them. BS on the not having the training for "cold water" rescue.

With all due respect, you do not have the training and experience to analyze this situation correctly. This is not entirely your fault. It was poorly reported.

The real villains in this scenario are not the individual responders. Look instead at local governments who choose to short shrift their citizens rather than tax the wealthy to pay for the services the entire community needs.

As a trained firefighter and paramedic, I wouldn't have done anything differently. I know, you think it's common sense. Believe me, it isn't. There's an actual art and science to public safety.

We are not losers, thank you very much. Our paychecks are not charity, and they're certainly not "huge." We pay taxes too. It is in extremely poor form to make comments so vicious without having any personal knowledge of the situation, especially against dedicated public servants.

The real villains in this scenario are not the individual responders. "Look instead at local governments who choose to short shrift their citizens rather than tax the wealthy to pay for the services the entire community needs.

As a trained firefighter and paramedic, I wouldn't have done anything differently. I know, you think it's common sense. Believe me, it isn't. There's an actual art and science to public safety."

I was wondering if anyone would drop by and try to defend this inaction. I understand some of the culpability lies with the bureaucrats and city leaders, but to stand there and watch a man drown because the water is little cold was a cowardly thing to do. If a child was drowning in the pond on my workplace's property and my management told me it would cost me my job if I tried to rescue the child, I would tell them to go to h*ll. It wouldn't matter that I have never been trained for water rescue (I haven't). Granted, if the risk to the first responders lives were extremely high, using good judgment would be understandable. Since a bystander (we assume with no training at all) was safely able to retrieve the body, the danger level seems to have been low here. My guess is there is a p*ssing match going on between the police and firefighters unions/associates and local leaders over budgets and they allowed a man to die to try and score a point. I suspect it has backfired on them,