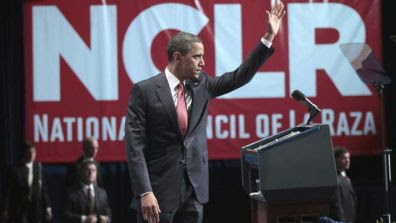 Actually, Obama's Hispanic support seems to be melting down. He has lost 5 points in one week.


(CNS News) — In the same week that Homeland Security Secretary Janet Napolitano announced that her department was going to review the cases of 300,000 illegal aliens in deportation proceedings and allow “low priority” cases to stay in the country and receive work permits — a move House Judiciary Chairman Lamar Smith called a “back door amnesty” — President Barack Obama’s approval dropped to an all-time low of 44 percent among Hispanics, according to Gallup polling data released today.